Home » Lifestyle » AML in the Banking Sector: A Cautionary Tale

AML in the Banking Sector: A Cautionary Tale

In mid-March, shares in one of Hong Kong’s most prominent tech firms, Tencent, went into freefall as the Wall Street Journal reported the company could be facing one of the most significant fines ever levied for failure to comply with anti-money laundering (AML) regulations.

Tencent is a Chinese multinational founded in 1998 and active in various digital sectors, including video games and entertainment, artificial intelligence, social media, eCommerce, payments, and even electronics in smartphones. Some of its most well-known brands include WeChat, a social media platform used by over 1.2 billion people globally. Headquartered in China, it is listed on the Hong Kong stock exchange and has stakes in 600 other companies.

The company brought in almost $87 billion in revenue in 2021, but on March 14, the company’s shares fell by 10% resulting in the lowest closing figures since December 2019. The plunge in value came after reports that WeChatPay, a payments service run by the company, allowed itself to be used for illegal purposes, including gambling and money laundering. It was reported that Tencent had failed to properly identify customers and merchants or check the source of their funds.

While there has been no official announcement on the fine to be faced by the company, the media speculated it could be hundreds of millions. This would deal another blow to the company, which has seen its value fall by around $500 million since January 2021. Other companies operating in similar spheres have felt the wrath of the Chinese authorities in recent years, including Alibaba and Meituan.

How does money laundering work? 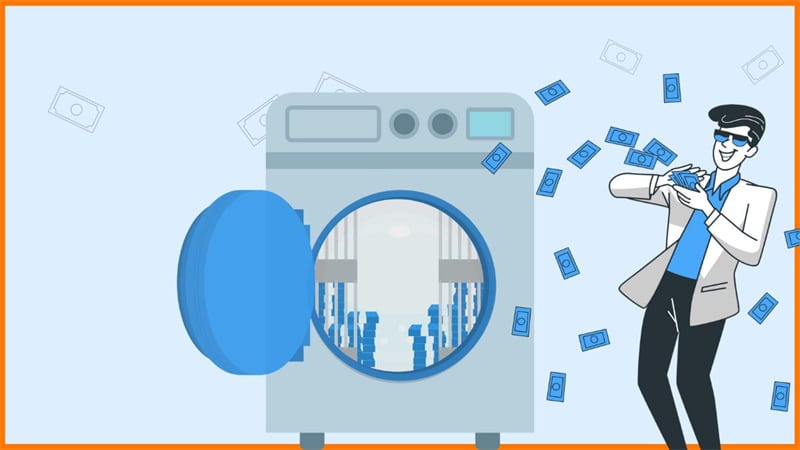 So what exactly is money laundering, and how do Tencent’s alleged actions relate to it? Money laundering is defined as an illegal activity whereby individuals or entities try to turn money gained through illicit means into the legally acceptable tender in the regular banking system. For example, a drug trafficker cannot get his profits paid into the bank as the bank would ask questions about where they came from.

However, if the money were to come, for example, from a payout from a legal gambling site, or a refund on an eCommerce purchase, they would accept it, and the money would enter the system. To constitute money laundering, the money must have been obtained through illegal means, either directly through crime or indirectly through other forms of criminality such as corruption.

It must then be channeled through legitimate businesses or institutions so it can be ‘cleaned’ of its illicit origin and cannot be traced.

What are the facts and figures?

It is hard to put an exact figure on how much money is laundered around the world every year, but a rough estimate is around 5% of the world’s GDP. In 2022, this would equate to a maximum of $2 trillion. It could well be more as much money laundering goes undetected as criminals find new ways to circumvent the system and launder their proceeds.

Nonetheless, regulators are working hard to crack down – in 2021, nearly $10 billion was handed out in fines by authorities around the world. In terms of values, the average laundered amount was $301,606, and 22% related to sums more than $1.5 million.

Which areas are most at risk?

Every sector is at risk from money laundering, but some are more at risk than others. For example, real estate, construction, and luxury goods are prime areas for laundering, as are e-commerce and online gambling. Yet, above all, the banking sector is incredibly prone to be targeted by financial criminals.

AML refers to rules, regulations, legislation, and laws that are in place to prevent money laundering and deal with those involved when it happens. It includes a list of processes, measures, and procedures that must be carried out by entities such as companies and banks to protect themselves against being exploited by criminals.

In 1970, the US enacted the US Bank Secrecy Act, which is widely considered the first effort at AML in banking. This was followed by the establishment of the Financial Action Task Force – an international body to prevent money laundering across the world – in 1989, and then a definition of money laundering in the UN Vienna Convention.

In 2022, there are many laws and institutions that cover money laundering globally such as the Anti Money Laundering Directive in the EU, the Financial Conduct Authority in the UK, and many more.

How can banks stay compliant?

To be compliant means to align with AML measures and actively work to prevent financial crime. It requires significant effort from banking institutions, such as the creation of specific departments and the appointment of specialist individuals. Here are some of the ways banks engage in AML:

How to Get 1K Followers on Instagram in 5 Minutes

Decided To Buy AirPods? Here are Some Important Things You Need To Know