Camera drones are a interesting breed of drone because they are the one type of drone that people who have no interest at all in drones can see a use for and often end up buying. They are used by hobbyists and most racing drones have a camera so that they can broadcast a FPV but the best camera drones are also good enough to make life easier in many other industries.

To identify the industries which would benefit from the use of drones just stop and think who and how anyone could benefit from a flying camera when doing their jobs. Most drones today actually do come with a camera but you can still opt for a non-camera model, some come with a camera designed to really only provide a cockpit view of flight, these are not always suitable for surveying an area or taking aerial photos.

Aerial photography was initially the most obvious industry which drones could benefit from a massive saving in terms of cost and time by using camera drones (vs sending up helicopters or planes) but as drones became more affordable other industries saw the opportunity to capitalise on the drone, it can even prove useful as a DIY tool!

As the price of drones has fallen some cheap drones with cameras have found their way onto the market, there are even some extremely low cost toy grade drones with cameras available, although the quality of the images these produce may resemble an early 1990s CCTV camera they do have their uses.

Business Insider reports that, after drones use in aerial photography was realised they were quickly adapted for use in journalism and film making.

A less glamorous use of camera drones but potentially a life saver is their use in disaster management in bother delivering of essential supplies and also for gathering information on disaster sites quickly. In the example of the recent flooding in Costa Rica it would have taken hours to get several search parties together and send them up in helicopters and even then it depends on the availability of pilots and trained responder personnel but drones can take to the skys in a matter of minutes and scan the area with their cameras. Where civilians have their own camera drones they are able to help with the disaster recovery even if the quality of the image is not as good, they are able to survey high impact areas for survivors and provide information to the emergency services.

This type of official government use is actually more common than you might realise, outside of military use drones are used in border patrol, allowing one person, a drone operator, to cover infantilely more boarder space than they could on foot or in a vehicle for much less cost and any other flying option.

Moving to the opposite end of the spectrum of border patrol and disaster recovery a small drone with camera or even one of the cheaper WiFi operated small camera drones can actually be used by individuals around the house.

One of our writers had a leaking roof back in 2016, when we say leaking we mean gushing with large amounts of water coming in through the roof which almost turned the back bedroom window into a waterfall like feature. It was determined after much professional investigation and expense that the cause of this was a blocked gutter at the very highest point of the roof.

Unblocking the gutter was not enough to fix the leak and quite a bit of work was needed in order to seal things and get everything back as it should be. An expensive lesson was learned here, keep the gutters unblocked, however, gutters are a breading ground for weeds, moss and other such natural growth and two gutter checks a year are recommended.

The options until recently were to either climb on the roof yourself and check out the guttering, which obviously has its risks and is not even a feasible option for many people or get a professional in to review the guttering and take their word for the condition and amount of work that needs to be done. Neither of these options are the most desirable.
With the number of cheap camera drones for sale today (some low end drones even available with a 1080p HD live camera) a third and preferred option has now made itself available. You can quite easily fly a drone over your house and survey the guttering yourself, this is literally a 10 minute job to examine the whole roof and you are able to watch the footage in real time, replay it back after the surveillance operation or both, it might take a few looks to make your mind up as to if you need to call a professional in to do the unblocking.

When considering a camera drone to help around the house the primary driver for most households will be price with the camera quality been a close second place, however, there are two other factors that you really need to give thought to that novice pilots or people new to drones may overlook completely.

GPS and camera in combination can be useful even if you are simply using a drone to examine your roof. Most beginners think of GPS as something that could use to map terrain or find a lost drone but sometimes on the roof of your house it can actually get quite tricky to work out where exactly you are filming, GPS can really help with this so you can identify the exact tile that has cracked on the roof or the exact piece of gutter which requires work. This can also be saved in the drone so that once the work has been done you can ask the drone to return to the previous location and check the exact area to evaluate the work.

Further Saving Of Time And Money

If you do discover damage to a roof or gutter after exploring with your drone you are at an advantage if you do require professional help. Roofers and builders are traditionally the industries with the biggest cowboys in them but having actual footage of the issue you want them to address puts you in a very powerful position. The go to line of most builders is that they are unable to give you a price on a job until they are able to explore the damage or work that needs doing, you are now able to send them a video of the exact work that needs to be done before even talking to them on the phone. Many will still try to fob you off with the line that they need to look in person but if the video is not enough for them to at least provide an estimate they are likely better avoided completely!

Much of this article has been focused on the use of a cheap small drones with cameras, however, some people need something more or are just not the type to go with the cheapest option. If you are looking for a good drone with a camera or a the best small drone with a camera for the money there are still a lot of good options out there you can pick up when you don’t need to worry about flight times, battery strength and you know exactly what you want from your drone in terms of its practical application to perform a job.

I already have a drone

For people who already have a drone but it is missing a camera you probably already know your drone well enough to understand if adding a camera is an option or if you would be better off with a replacement drone. Adding a camera to an existing drone can be a very easy job or a something that is just not even worth attempting depending on the drone in question. Generally speaking if your drone was originally a RTF you will have more difficulty than you would with a builder drone or even a ARTF model. Your own skill level and drone knowledge also comes into play here, if you have worked with buider drones before you have a massive advantage. 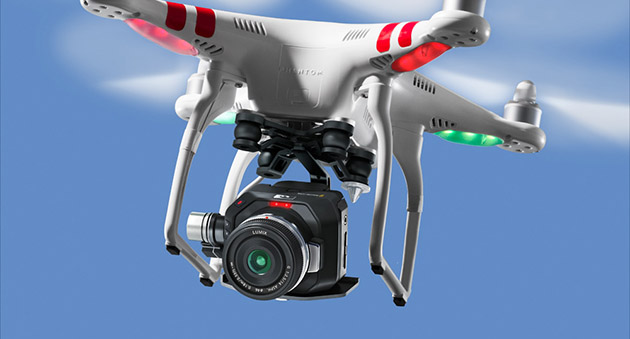 Even if you have a drone already it may be a less frustrating option to shell out a new cheap or at least affordable remote flying camera!

Best Documentaries You Can Watch for Free on YouTube