Are you looking for the best Facebook bots to boost your profit? If so, we give you a detailed review of the top bots and why you should use them.

While most Facebook users are there to make friends, Online marketers utilize the famous social platform to create leads and earn sales. But you can't blame them; Facebook towers over the rest of the social networking networks.

However, expanding your account to the point where you can generate a meaningful lead is difficult. Unlike before, when advertising on Facebook was simple, that phase is over. To reach that level, you must put in a lot of effort. However, you don't need to worry about it – the bot will do it for you.

What are Facebook Bots and Why People Use Them 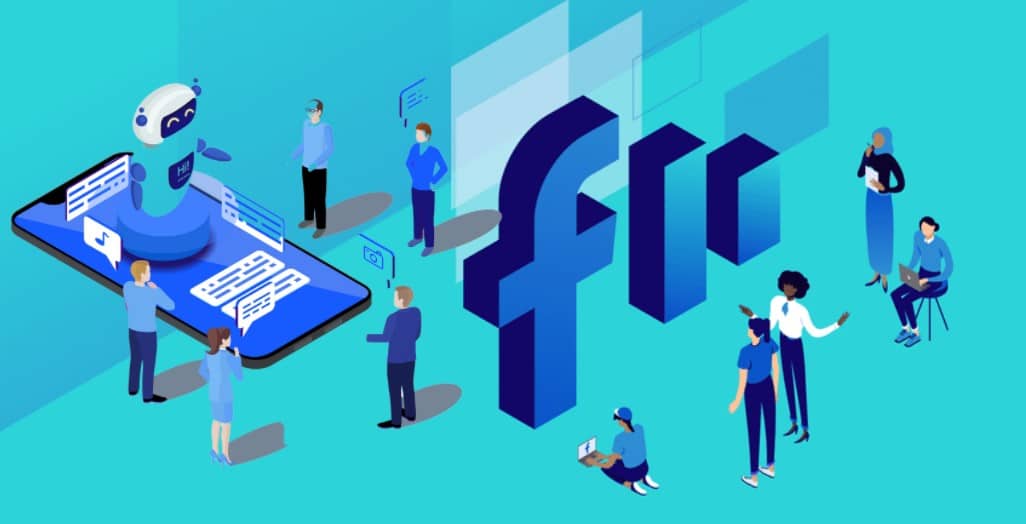 A Facebook bot is computer software that automates activity on your Facebook accounts. Nobody will know you're using a bot if you use the correct one.  Your account will be on automation for like, posts and comments.

You can also automate commenting, sending and accepting friend requests, and getting to forums and groups, among other things. There is a multitude of similar bots in the industry. In this piece, we'll go through the best Facebook bots on the market. Before we go there, let's know what Facebook Automation is.

Facebook Automation is a method of administering Facebook accounts that is automated. Using Facebook Automation, tasks on your profile will be performed out on automatic features without you having to interact with them actively. Based on the functionality that a Facebook Bot supports, you may do a variety of tasks.

Facebook bots can be very helpful, especially if you are an online marketer. They have helped companies grow spontaneously and increase their profit. But which are some of these bots? Relax as we give you a glimpse of the best Facebook bots you can start using today. 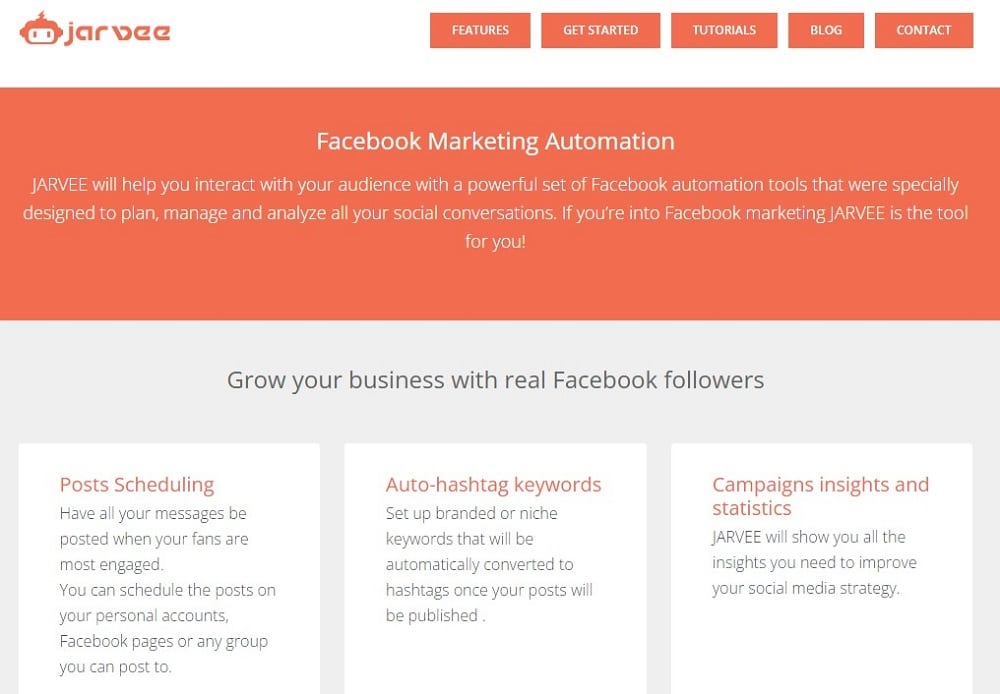 Jarvee is widely regarded as the finest Facebook automation bot available.   It is not only a Facebook software; it is a multi-platform automation tool for other social media platforms. It has the most functionality support for Facebook, covering all of the tasks listed in the ‘Facebook Automation' category.

It has proxy support, so it may be used to automate numerous accounts. It also supports the Spin language. The bot has one of the greatest account management options available. However, it is costly and sophisticated, making it difficult for beginners to operate. 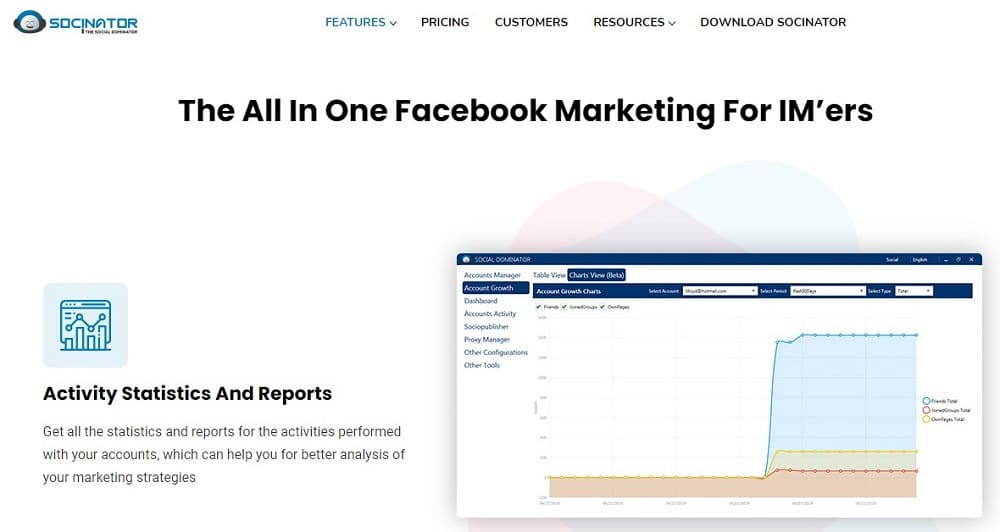 Is it expensive for you to compensate your Facebook managers? Then it's time to enlist the help of a Facebook bot, and Socinator will be on your list of options.

Like the others on the list, this bot is an All-in-One bot used to automate tasks on major social networking networks. It can be used to automate practically all of your Facebook activity and includes an Accounts Administrator tool to help you handle your multiple accounts. It also has a picture downloader.

Because each feature is developed as an independent module, FollowingLike has been intended to be incredibly intelligent and simple to use. It includes an Account Manager application that allows you to categorize your accounts for automated purposes easily. What we admire about this bot is the subscription plan's flexibility.

Their fee is depended on the number of accounts you want to automate – one, up to five, or limitless. They aren't only for Facebook automation; they're also used to automate activities on Instagram, Twitter, Reddit, and various other platforms.

Like4like is a firm that assists individuals in increasing the number of followers on their Facebook profiles. They make money by swapping likes. Like4like ‘remembers' your likes when you like other people's posts. It then applies them to your images or videos.

Like4like assists in locating others in the same specialty or with similar interests. In other words, they locate your intended audience. They can exclusively do this with folks who are currently their consumers. Then they like the postings of those people and the users like your things in return. They also have some of the coolest features for facebook automation and take the heavy-lifting off your hands. 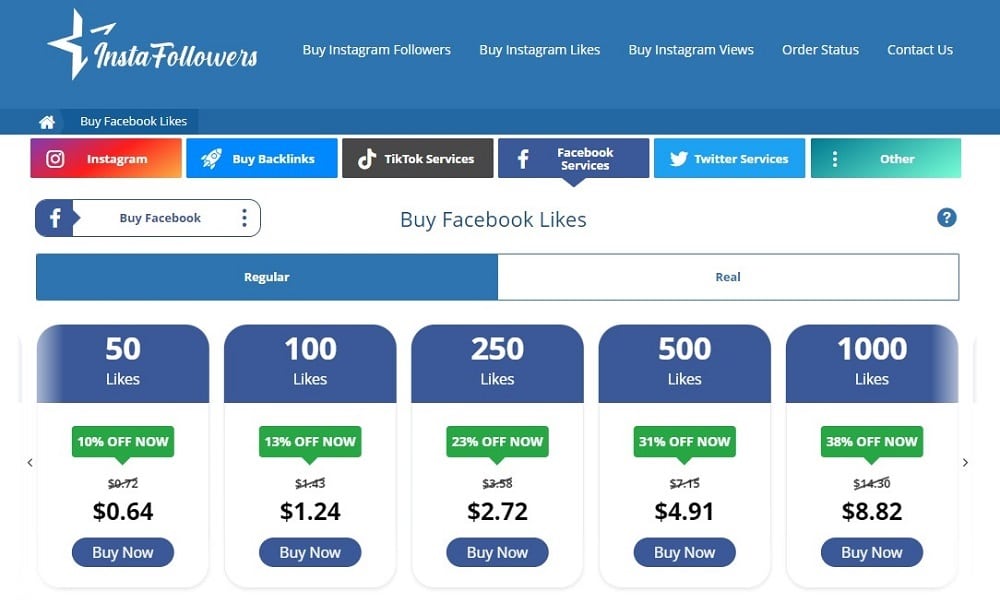 Instafollowers is among the most straightforward Facebook bots used by businesses, and it works on nearly all popular social media platforms. It's an excellent auto follower, liker, and re-poster.

In addition, it is one of the easiest online marketing bots to set up and manage. This Facebook bot also has an interesting function that enables you to engage with other social media networks. It also encourages others to follow you and interact with your material.

TweetAngels is a Facebook automated social media bot. It may automate typical social media tasks such as following or unfollowing accounts. It also engages in discovering profiles in your following or follower's lists using hashtags.

You may use this bot to operate several social media handles on different accounts with varying features. It gives you the choice of selecting the price for a single Facebook account or several of them.

A person performs not every activity you see on Facebook. Bots may provide your rivals with a competitive edge since they never tire or sleep except when programmed to do so. Choose any of the Facebook bots mentioned above to take your Facebook business a notch higher.

How to Watch Sling TV in Canada