Being able to use all available online resources is now a part of our freedom and success. However, you may find yourself limited because of reasons you have little to do with. When you have to deal with consequences that are not of your own making, it’s way harder to make them go away.

Twitter here is no exception. If you end up blocked and can’t use Twitter properly or can’t even access it at all, your location could be to blame.

To be precise, governments are blocking either certain content on Twitter or the whole platform entirely based on locations. So, if you happen to be in place upon which the decision to block Twitter have been laid out, for whatever reason that might be, you are blocked too.

Luckily, it doesn’t mean that you must change your location in order to regain access to Twitter. Avoiding the exposure of your location is just enough. 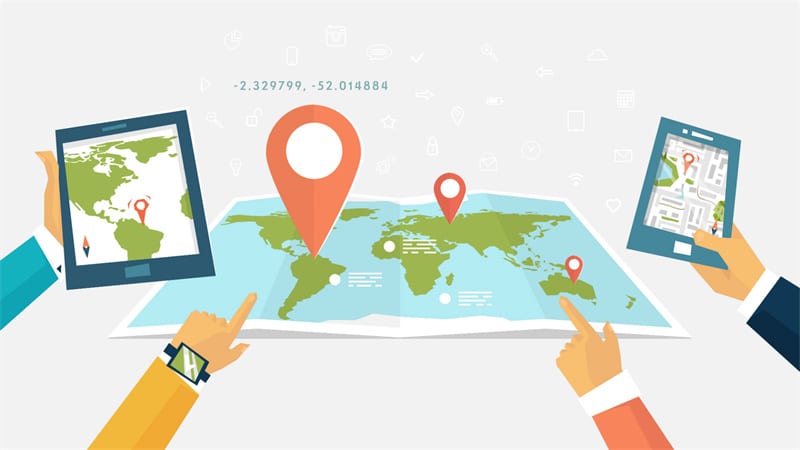 In the case of Twitter, or any website or social media for that matter, your IP address is responsible for identifying the real location of your device.

Your IP address can be easily tracked by the government. If someone wants to block you on any social media based on your location, they only need to look for your IP address, for it betrays you in a wink. The same applies if the government just blocks entire region, which includes your current location.

It might seem that the issue at hand affects only countries that openly block Twitter. So, if you don’t live in China, North Korea or Iran, you are at no risk, right?

Not quite. There are numerous instances of Twitter either being threatened to be temporarily blocked or actually restricted even in Western countries such as UK, Germany and France. Besides, Twitter, like any other social network, can be blocked in some schools or businesses.

Therefore, you might want to reconsider your cybersecurity in general. Especially, if you are using it for business purposes, you can suffer a considerable damage if you get blocked for suspicious activity. In order to unblock Twitter in such cases, becoming anonymous is what you are looking for.

In order to hide your location or other information that can identify you while using Twitter, you need to divert the process of identification.

With a different IP address, you can evade three main levels of reasons for being blocked:

On a global level, using a different IP address directs the identification process to a different location which may be beyond the jurisdiction of a particular government, while allowing a safe connection with your blocked IP as if it wasn’t blocked. Or you can change your IP address constantly, making it more difficult to be tracked.

On a local level, a different IP address wedges between your IP and the internet, so that current restrictions don’t apply to your device.

On an individual level, different IP addresses let you avoid linking different accounts or activities to the same location. They also let you avoid getting blocked for multiple accounts or other actions that otherwise could be identified as spam or in any other way going against Twitter’s Terms of Service.

For instance, if you are using bots for managing your multiple business accounts, Twitter may ban your automated activity. However, if your bots are operating on different IP addresses, the blockade can be bypassed.

So it all comes down to changing your IP address. That’s why residential proxies for Twitter serve best in unblocking it. They provide ways of evading a future block or the one currently existing that you are struggling with.

Although there might be several ways of changing your IP address, such as using a virtual private network (VPN), using a proxy lets you operate at a faster pace without transmitting too much unnecessary data to the internet. It’s especially handy if you are working with big amounts of data.

A proxy works as intermediary server between you and the internet. A residential proxy not only relocates your IP address to a different place provided by the server, but it does so by linking a different IP address with a particular physical device in a particular place.

By using a residential proxy, you are not simulating a different location but rather you are really operating from it with the help of an intermediary server.

While you stay anonymous, your IP address, when used through a residential proxy, doesn’t stay that way. Therefore, there’s no room for suspicion that something is wrong. For the same reason you can easily unblock Twitter and use it in full capacity without contracting any unwanted attention.

Proxies are difficult to detect, therefore it’s not really wise to spend much time trying to figure out how to block them. The good news is that it goes quite contrary for you: accordingly, it really pays off to use proxies in order to unblock Twitter or to avoid getting blocked.

Moreover, nobody will notice that you either were blocked or should be blocked depending on your location. There will be no more connection between your location and your IP address.

Regardless of what you are doing on Twitter, you can’t avoid getting blocked on your own. Nor can you unblock it by yourself. If you have a higher risk of getting blocked or you have been already blocked because of your activity (for instance, multiple accounts) or because of your local circumstances (internal business policy), or even for the fault of your government, residential proxies are here to help you.

This way you will break your limits and unblock Twitter.