Home » Marketing » Top OnlyFans Earners in 2023: How Much They Earn?

Top OnlyFans Earners in 2023: How Much They Earn?

Do you know that OnlyFans is a platform stacked with top celebrities around the world who make a fortune from the platform? This article provides you with accurate information about top OnlyFans earners and what they earn.

Not everyone knows about OnlyFans. It’s a social media platform run on subscription. OnlyFans came into the limelight in 2016. It allows users to sell and acquire creative content. For adult sites, users publish NSFW content to their accounts, which are secured by a paid wall. A monthly subscription cost ranging from 4.99 USD to 49.99 USD is required to access the material. According to The New York Times, OnlyFans changed sex work forever.

First, OnlyFans became known as a place for sex workers during the COVID lockdowns in the spring and summer of 2020. A whole industry has sprung up around the subscription-based platform, allowing everyone from musicians to sex workers to make money off of their fame. OnlyFans became the go-to site for all things adult during the epidemic, as social media platforms like Instagram cut down on demon time.

Celebrities like Cardi B and Bhad Bhabie have been taking advantage of OnlyFans, selling data that, although not NSFW, was unavailable elsewhere. OnlyFans declared in August 2021 that it would ban sexual content from the platform. After first blaming banks for the ban, Tim Stokely, its founder, and CEO, later changed his tune.

However, following an outpouring of criticism from sex workers and those who rely on the platform for a livelihood, the corporation reversed course. It stated on Twitter, “We have acquired guarantees needed to protect our diversified artist community and have delayed the scheduled October 1 reform policy.”

In this article, I will walk you through some mind-blowing top OnlyFans earners currently topping the chart in 2023. 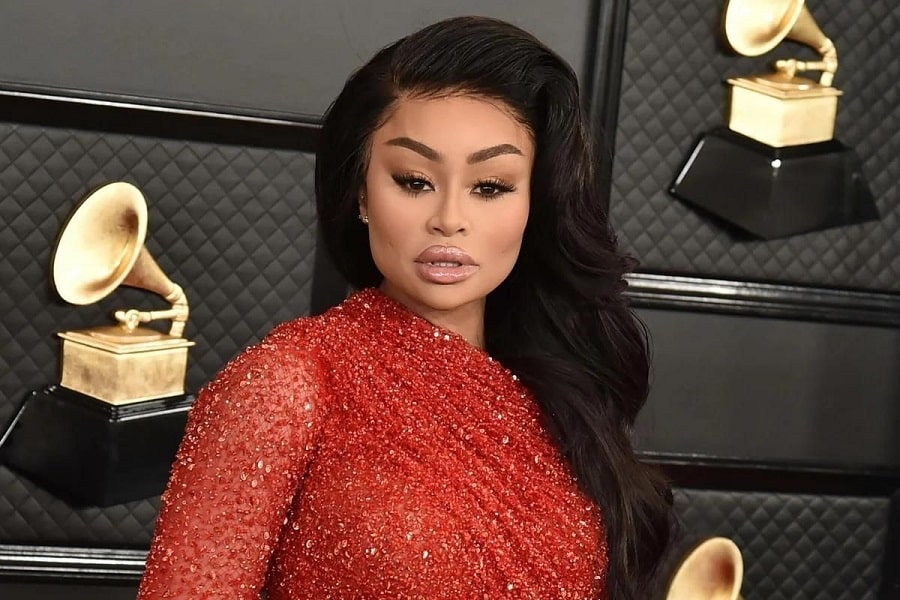 As of April 2020, Angela Renée White, Blac China, is a reality TV star, social media businesswoman, and OnlyFans contributor. On her OnlyFans page, the 33-year-old star has published 155 posts and garnered more than 16,000 likes. In exchange for 19.99 USD a month, her 16.1 million Instagram followers have been directed to her OnlyFans page, where they can access exclusive material. Thus, she’s climbed to the top of OnlyFans’ earnings list. 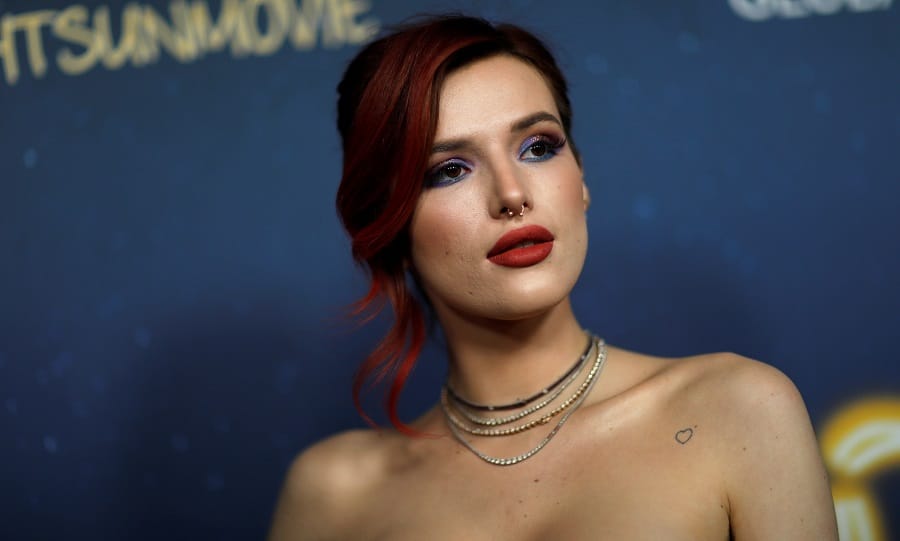 American actress, singer, and model Bella Thorne signed up on OnlyFans in 2019. She announced her presence at OnlyFans with a video montage she uploaded to her Instagram account. It’s incredible that in Bella Thorne’s first twenty-four hours of signing up on OnlyFans, she became the first content creator and influencer to earn 1 million USD in income. When she had a 9.99 USD subscription charge, she made 11 million USD a month, or 24.3 million followers.

However, she no longer needs to pay to use her account. By contrast, the ambitious young artist and actress prefer to share personal and previously unseen photographs and videos with her subscribers. When she releases a new music video, she posts it on her OnlyFans page before it is released to the general public. On OnlyFans, she has a rapidly expanding fan following since she takes the time to respond to every DM from her followers. 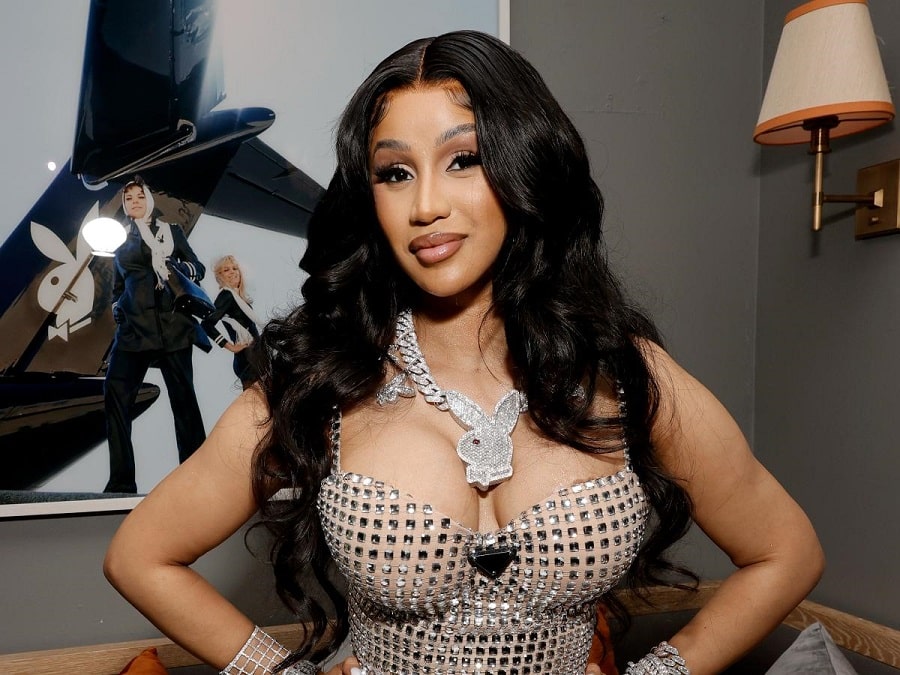 At the time of this writing, Cardi B had her OnlyFans account hacked because the profile currently reads “You have been hacked” and “Username takeover.” However, to look into her earnings as one of the OnlyFans top earners, I have decided to include her. In the summer of 2020, WAP artist Cardi B will join OnlyFans.

One of the key reasons she joined the ranks of the OnlyFans community was to dispel rumors, provide exclusive access to the production of her WAP video, and open up a little bit about her private life. More than 81 million people have joined the rapper’s YouTube channel despite her just posting six times since then. OnlyFans’ top earner’s list shows that, despite charging a smaller membership cost than most of her peers, she has risen to the third spot. 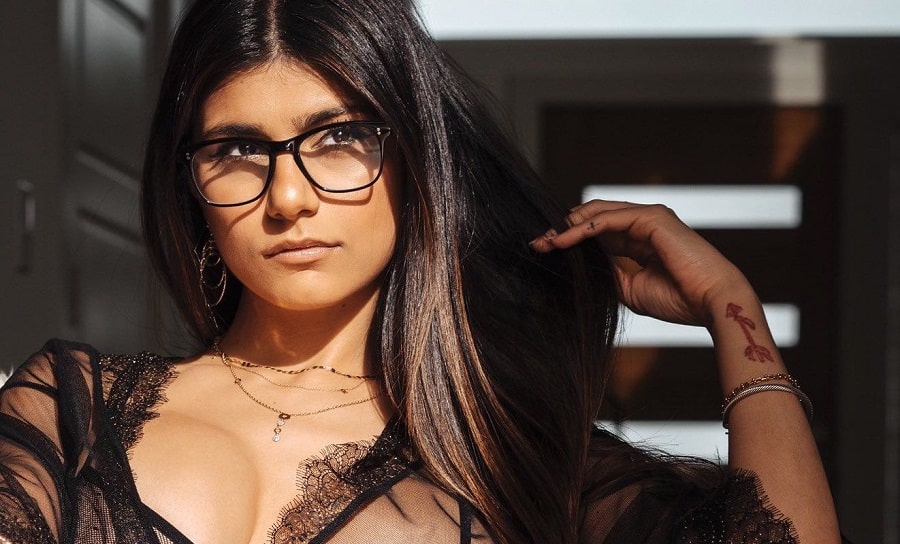 As a result of the pornographic content submitted on OnlyFans, the site became known for its lack of limits and open platform for producers from all walks of life. OnlyFans has classified Mia Khalifa’s account as one of the most popular sites, with 22.7 million followers.

Mia, a well-known media personality and adult entertainment of Lebanese ancestry, was able to offer hot but safe content only to her 12.99 USD per month customers. 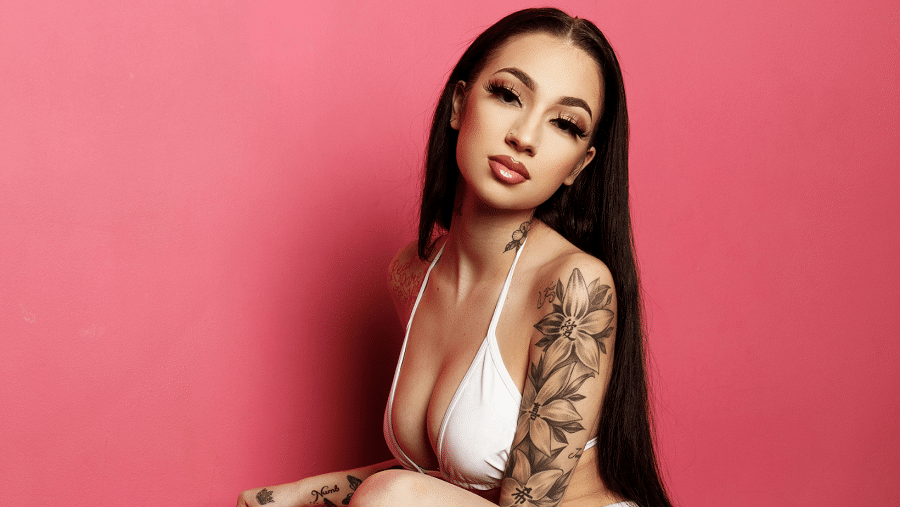 Before Bhad Barbie appeared on OnlyFans, she was renowned for her antics on Dr. Phil; who knew she would go viral. And she was correct – she made 52 million USD in her first year alone, which she shared with her Instagram followers. Over 16 million people have subscribed to her r-rated app, so it’s no wonder she’s made millions of dollars. 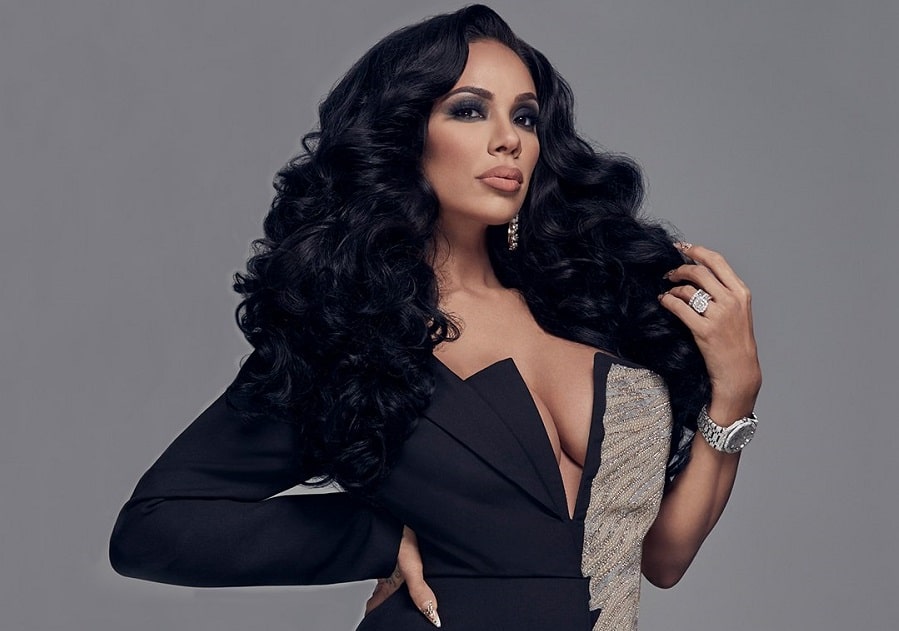 One of the stars of the Love and Hip Hop: New York reality program is American TV personality/model/video vixen Erica Mena. She’s not as well-known as the other people in the cast.

In contrast, her social media presence allows her to charge a far greater monthly subscription rate than the others. Interestingly, her OnlyFans account has a loyal following willing to pay the higher monthly rate and is readily redirected from other social networking sites. As a result, she has become one of OnlyFans’ highest-earning members by bringing in 4.49 million USD in income monthly. 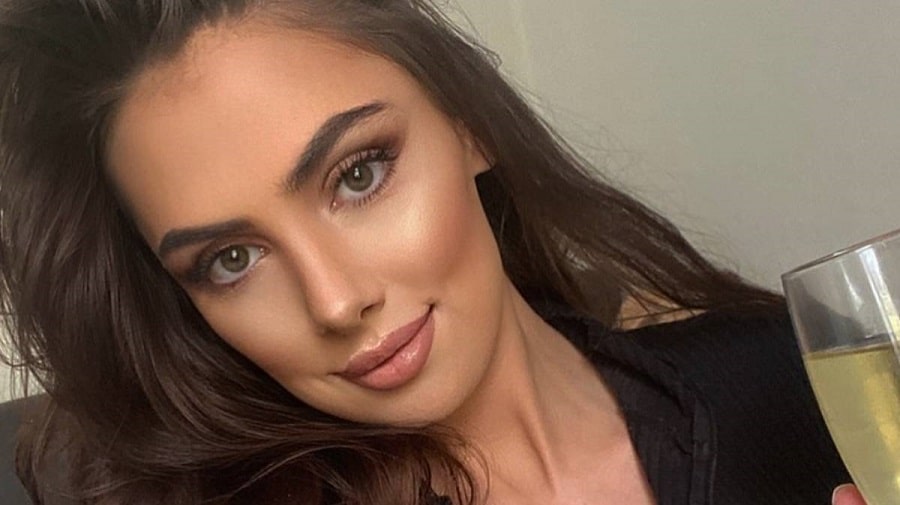 Those who think OnlyFans is only for celebs and well-known media people need go no farther than Gem101! This is the OnlyFans account that costs the highest subscription fee of the top-ranked figures reported thus far. By distributing information that appeals to her target audience, the owner of this profile is rumored to be earning an estimated 2.3 million USD a month.

The fact that over a million people pay 30 USD a month to have access to the premium content is evidence of the high quality of the material that is made and shared. It shows how much effort was put into creating and distributing material that resonates with the audience’s expectations. 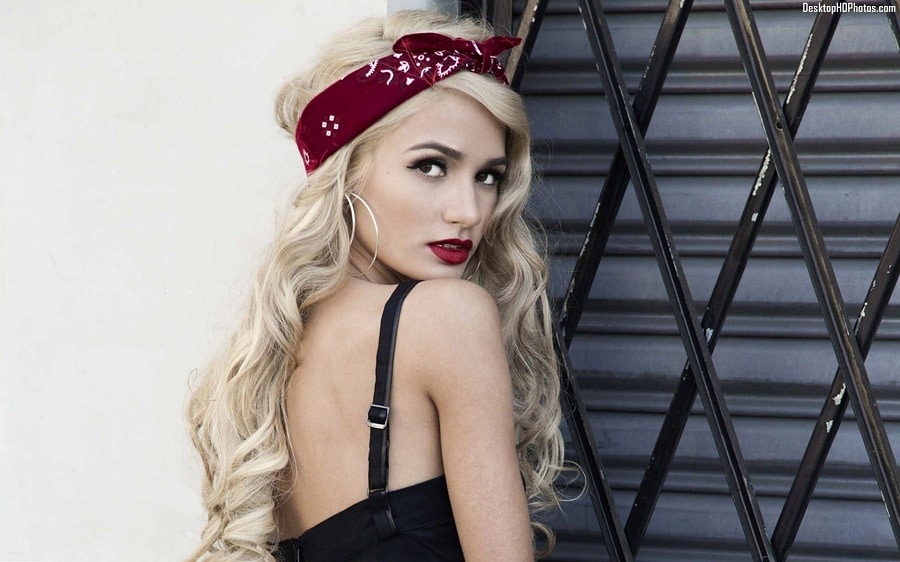 One of OnlyFans’ other stars, Pia Mia, creates high-quality content for her fans. As a talented singer, actor, and social media influencer based in Los Angeles, Pia Mia has made a name for herself via her work on YouTube. Since then, she has firmly established herself as a pop-cultural icon.

When you look at her 6.2 million OnlyFans subscribers, who are prepared to pay 10 USD a month as a subscription price, you can see her success. With such a large fan base, she has made good use of the OnlyFans site and now brings in 2.2 million USD every month as one of the top earners. 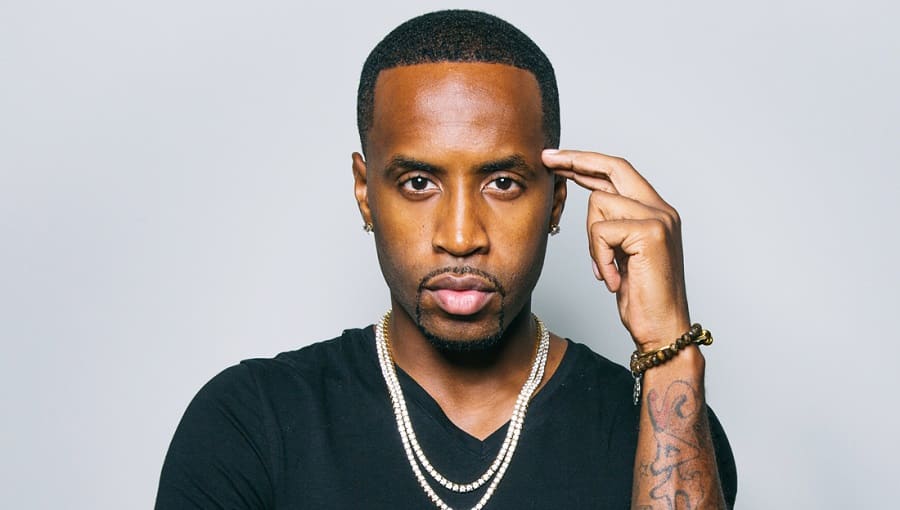 Safaree Samuels, a Jamaican-American rapper, TV personality, and entrepreneur, is most known as Nikki Minaj’s former business partner, in case you’ve never heard of him. He is married to a high-earning OnlyFans member, which is likely why he decided to join the site.

He has set his subscription cost at 15 USD, which is lower than his wife’s. Because of his fans’ willingness to fork up the price, he has made it to this list and makes an estimated 2 million USD every month. 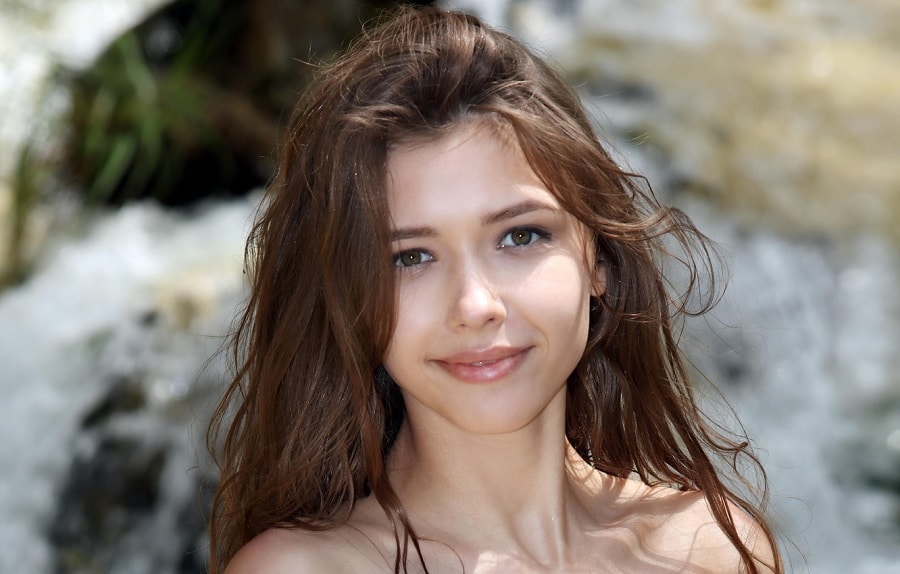 Non-celebrity OnlyFans account Mila Model is another example of the Top OnlyFans Earners Chart being produced by a non-celeb. She’s a British model with 1.1 million OnlyFans followers and a beautiful face. Each of her subscribers is charged 20 USD a month.

Adult material on her social media accounts is widely considered to have helped her gain a large following. By being top earners, content producers like Mila Model help the platform gain notoriety in their content niches while also bringing popularity to the site itself.

Q. Who are the artists using OnlyFans Right now?

Currently, there are a lot of artists using the platform. There are prominent people like Cardi B, DJ Khaled, Blac Chyna, Safaree Samuels (a Hollywood couple), and Erica Mena. Artists like Chris Brown, Austin Mahone, Aaron Carter, Tyler Posey, Jordyn Woods, and Amber Rose are also on the subscription-based platform.

Q. Is it safe to use OnlyFans?

OnlyFans protects and secures the branded content of each creator. The site restricts anybody who tries to disseminate it outside of it by screenshots, copying URLs, or any other method.

Q. What is OnlyFans commission?

OnlyFans gives creators 80 percent of their revenue while keeping 20 percent as commission.

Creators have an overwhelming number of options for monetizing their work online. OnlyFans, on the other hand, makes it easy for successful YouTube, Instagram, and TikTok profiles to increase their earnings. Simply by forming an inner-circle network with OnlyFans, they can begin to monetize their abilities.

So, in case you’re wondering, it’s you, OnlyFans. To be successful, you don’t need to be a household name or charge an excessive amount for your services. Your work and material must have a devoted and loyal fan base if you hope to reach your intended market.

The revenue earned grows in direct proportion to the number of subscribers. Another important consideration is that the author receives 80 percent of the subscription revenue, while OnlyFans retains 20 percent.

How to Turn Off a Proxy?