Node Js' wide ecosystem of open-source libraries, along with its well-written source code, makes it possible to create software quickly and flexibly. 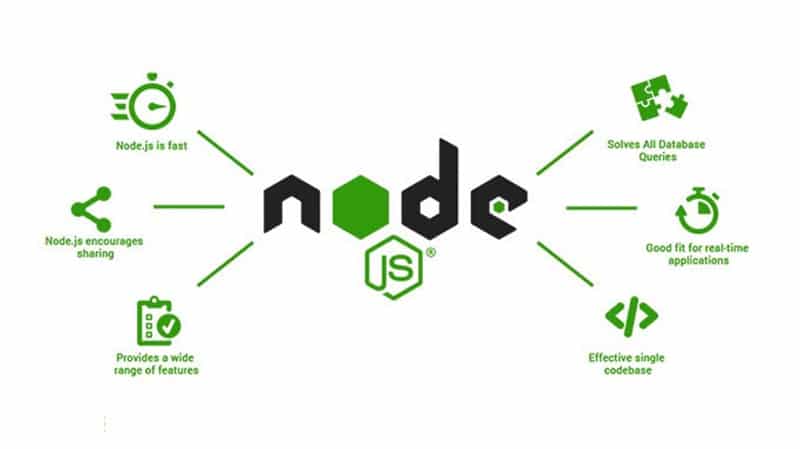 Node leverages JavaScript, which can be used for both the front end and the back end, so raising productivity to a new level.

Asynchronous programming, which Node is capable of doing, is another fantastic feature. It allows many stacks to run in the same thread. Due to its non-block architecture, node.js developers may do additional tasks without blocking the input/output flow. It supports several queries at once.

The combination of the V8 engine with asynchronous programming in Node increases the speed of execution, enabling us to create dynamic and quick applications.

Since its inception, NPM (Node package management) has surpassed other packages since it offers millions of packages that are freely used by everyone.

Python's most well-known characteristic is its user-friendly, straightforward syntax. It enables you to concentrate on the answer rather than the syntax. Python uses whitespace to indent lines. It is indentation sensitive; skipping the indentation will result in an error, which might be difficult for a beginner developer.

This high-level language, which aims to become a general-purpose language, is ideal for coding novices since programmers just need to comprehend the Python syntax and need not be familiar with computer hardware.

Python allows you to run functions written in other languages by embedding their code within its own. It is open-sourced, meaning that anybody may use it for free. It might potentially be changed. Anyone may use your code, and it will function the same way after you create it. With incredible frameworks like Django, Flask, CherryPy, Raspberry Pi, etc., Python offers outstanding extensibility. 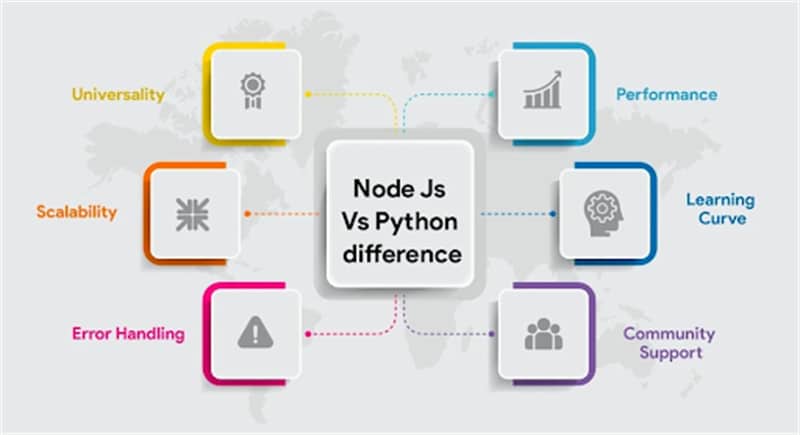 Python is pre-installed on Linux, but Windows users must need an interpreter to use it cross-platform. Both the front end and the back end may make use of it.

Because Node.js is built on JavaScript grammar, processing tasks require less CPU power while using it. Furthermore, these CPU bond jobs emerge rather frequently when Node.js is used as the backend runtime. Additionally, Node.js' structural incompatibilities with a CPU process under heavy load limit developers and have a detrimental impact on performance.

Less popular NPM modules are poorly constructed, have errors, and lack documentation. This is mostly due to the open-source nature of Node.js, which means that many of its upgrades don't go through a rigorous quality review.

Node.js utilizes callbacks to keep track of completed tasks. However, when the project grows in size and the quantity of running processes rises, so do the callbacks. As a result, the developer can get disoriented by callbacks and overlook crucial technical deficits and defects.

Python has several abstraction layers, which add processing time. Python's ability to manage server-side tasks is slowed down by this.

When it comes to hybrid development, Python is a bad option. It's also neither an iOS nor Android native language. However, Python's performance will be poor if you employ platforms and frameworks to modify it for mobile development.

For backend operations in web development, both Node.js and Python are utilized. However, Python is a general-purpose language, making it suitable for a wide range of activities and areas, whereas Node.js is exclusively focused on the backend. With Python vs. Node.js, there is no obvious victor; it all depends on the use case or issue you're trying to solve. It is also beneficial to consider how comfortable you would be utilizing any of these technologies.

Node.js offers full-stack JS development and is lightweight, quick, and speedy. Contrarily, Python offers a clear structure, substantial AI and ML libraries, and a thriving developer community. If you'd like, you may compare Ruby on Rails with Node.js as well.

Reasons Why AI Is Essential For Social Media Marketing