How Ripple Can Change the Banking System of the World

With a market cap of $8,033,446,875, Ripple trails only third after Bitcoin and Ethereum in the charts as the most important cryptocurrencies in the world. Ripple aims to solve the medieval banking system by offering a fast, affordable, and trusted system for cross border payments.

The modernized world of fintech is bustling with many innovations to ease the lives of people. Nowadays, people can do whatever they want using the internet and their devices. With just a few swipes, anyone can pay bills using their phones and purchase items overseas.

Despite this huge improvement brought by modern technology, the industry of international payment is still grappling with the slow, costly, and inaccurate transactions. This is caused by an outdated and unreliable banking system that is still being used by most banks and financial institutions.

This gap is what the people inside Ripple Labs aims to fill. They are inclined to create a ‘World to move value like it moves information today’ that can send money in different parts of the world without the hassle and expensive transaction fees.

Ripple in a Nutshell

Ripple is a cryptocurrency and digital-processing payment network that connects different banks from one another using RippleNet. The goal of Ripple is to create a community where cross-border transactions can be processed within a matter of seconds that will have less fees.

In today’s time, if you send money to a relative living in a different country, it will take a few days before the transaction is completed. This is due to the number of conversion processes that a transaction needs to undergo before it can be finalized.

What Ripple does is to form a system where banks will only use one platform to make sending and receiving money a breeze. Using Ripple will eliminate third parties that handle the transactions, making it easier and smoother without putting a dent on your wallet because of costly transaction fees.

Ripple Labs introduced Ripple to the market as a software solution that can be used by banks and financial institutions for swifter and more transparent processing of payments between banks and other financial establishments.

What is the Role of XRP?

Just like Bitcoin’s BTC and Ethereum’s ETH, Ripple has a native coin called XRP. Compared to other cryptos that take several minutes to deliver and receive funds, XRP only needs 4 seconds to finish a transaction. It can also process 1,500 transactions per second.

In terms of acquiring the XRP coin, 100 billion XRP already exists and doesn’t require mining. 39 billion XRPs are currently circulating the market at present. Since XRP is not mined, it requires little to no transaction fees at all. With this amazing feat, XRP can be acquired faster, making transactions move at lightning speed.

Unlike BTC that requires mining and a large amount of energy to acquire, XRP has already pre-mined their coins, making them sustainable and much more efficient for use. Using XRP lessens the blow to the environment by utilising less electricity and energy consumption.

Liquidity is one of XRP’s most notable features. If bank A decides to send a huge amount of money to bank B, bank A converts the money into bank B’s currency which will require expensive exchange fees and slow processing time. If bank A uses XRP, XRP will just have to transfer the amount into bank B’s wallet, which can then be switched to the local currency.

RippleNet is a decentralized group of banks and financial institutions using Ripple products. It is also a software solution designed to aid banks in making smoother and reliable service operations. By using RippleNet, banks within the sphere of this environment can track their transactions at a faster, cheaper, and more efficient manner.

To modernize the medieval banking transaction, Ripple created three solutions that will aid banks and financial institutions to have smoother transactions. Each solution created by RippleLabs is geared to address different banking problems. By running these solutions using RippleNet, banks can improve their operations and lessen the waiting time and cost when processing cross-borders payments.

XCurrent is a solution that aims to process payment systems for banks. XCurrent acts as a messaging platform that banks can use to track different transactions from different ledgers. This allows instant and up to date end-to-end tracking of payments.

By using XCurrent, banks can instantly message each other and give updates about the progress of each transaction they handle. This offers more transparency, accuracy, and less waiting time for banks around the world.

XRapid is a solution created by Ripple to cut down liquidity costs for banks and to lessen the delays and hassles in global transactions. By using XRP, Ripple’s native coin, XRapid will put an end to long buffering-time and expensive fees in cross-border payments.

XRapid will also allow banks to carry out payments using XRP instead of needing to do countless currency exchange transactions to send money from one country to another.

XVia is the last solution created by Ripple that will enable financial institutions and different businesses to send payments through RippleNet. This targets payment providers, digital wallets, and other companies to give them the opportunity to improve their service. This will  cater to more customers by customizing and improving the speed of their operation.

Ripple: The Future of FinTech

Seamless, real-time, and economical are the three core qualities Ripple aims to deliver to its users. This goal is brought to life by Ripple’s network system called RippleNet. Inside this well-crafted network, the frictionless flow of payments are made possible by three solutions offered by Ripple: XCurrent, XVia, and XRapid.

The framework of Ripple’s technology is a system where each transaction goes through a node or validator. These nodes are usually financial institutions or banks. Through Ripple, any fiat or cryptocurrency can be sent in every corner of the world.

By using XRP, Ripple’s native coin, transactions flow freely in and out through the nodes inside RippleNet. Since XRP is the most scalable cryptocurrency in the market, it can handle at least 1,500 transactions in just a matter of four seconds. Each transaction will only cost around 0.00001 XRP which is far less expensive than the usual fees required in other money transfer service providers.

How Can Ripple Improve the Current Banking System? 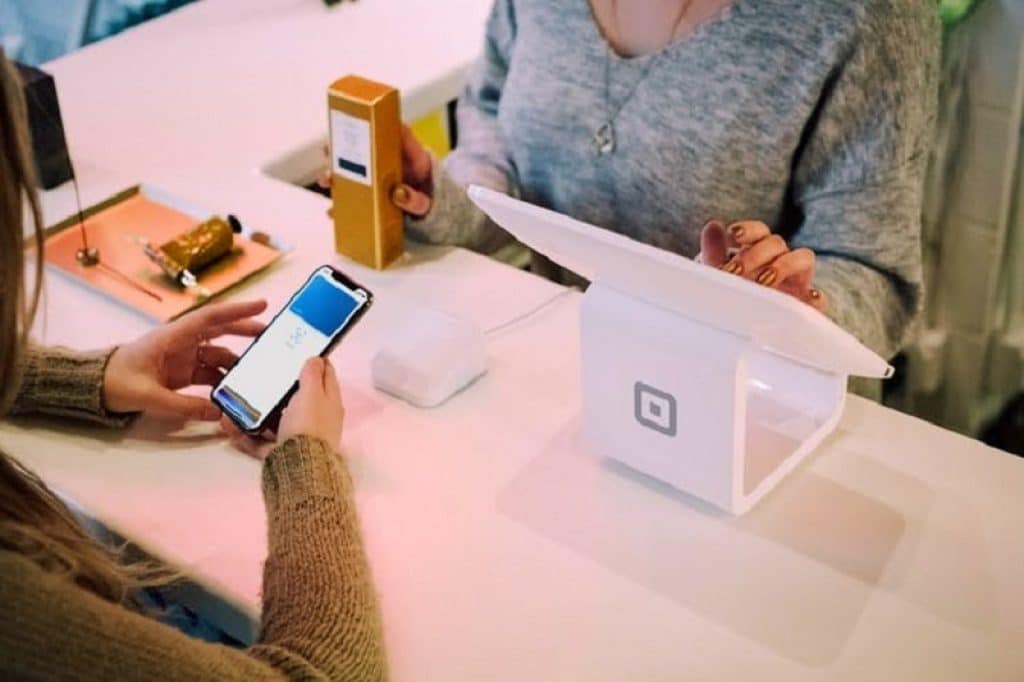 International payments keep the global economy flowing. Transactions on an international scale are being done everyday by large corporations and individuals. Despite the technology advancements in many sectors of the industry, its cross-border payments is still somewhat left behind because of outdated banking systems.

Before Ripple entered the banking scene, banks relied on SWIFT to carry out their transactions. Using SWIFT proved to be cumbersome to financial institutions and banks because it was slow, expensive, and time consuming for both ends.

Services offered by institutions like MoneyGram and Western Union were more reliable in terms of speed and cost. Just recently, MoneyGram collaborated with Ripple to optimise their service.

With Ripple’s advanced technology, this medieval banking system will improve and offer better service for both banks and customers. Using the unique solutions offered by Ripple, banks and financial institutions will have more opportunities to upgrade their service to serve more customers without costing them huge amounts of money because of endless currency exchange and long processing time.

By using Ripple’s products, banks and financial institutions can create a network where seamless transactions on cross-border payments are possible.

How Banks Can Use Ripple

Marcus Treacher, Ripple’s global head of strategic accounts, said that institutions in the banking business gravitate toward Ripple because its services can solve the long-term problems that keep businesses in this industry from having optimised customer service.

‘When you use XRP, instead of having to pre-park all your money in foreign accounts around the world, you hold your funds locally, under your control, your stability, your creditworthiness. It’s a much better position structurally’, said Treacher.

At present, over 200+ banks and financial service providers have collaborated with Ripple. RippleNet’s promise to deliver ‘one frictionless experience to send money globally’ is slowly being recognized as the answer to the cross-border settlement woes experienced by both customers and banks.

XRP: The Bridge Between Currencies 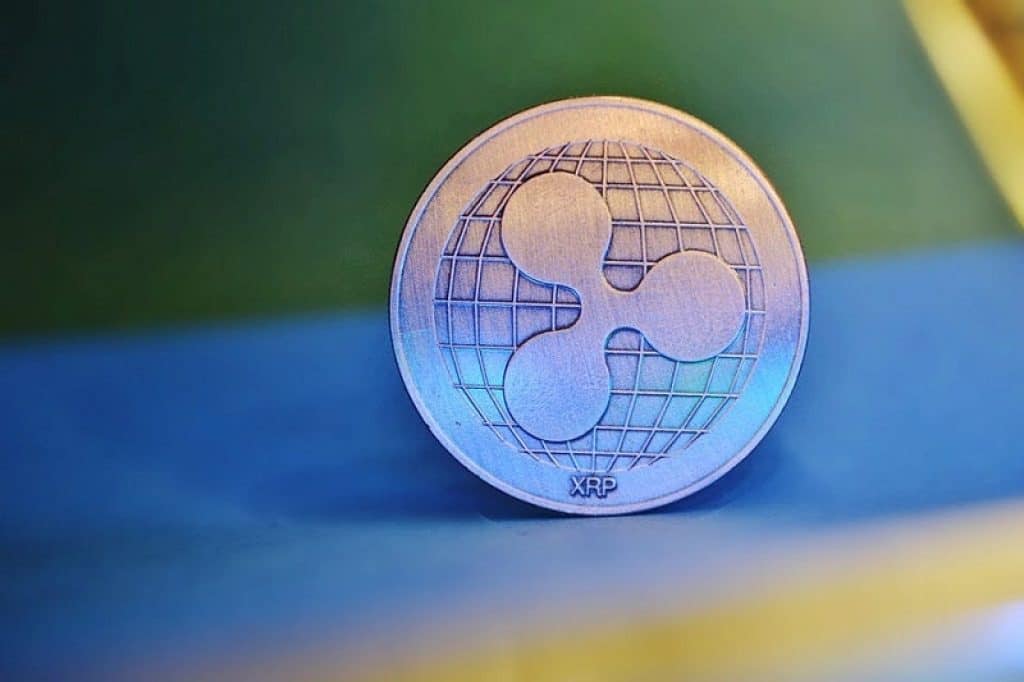 XRP had a sky high surge last year when it reached a liquidity demand increased up to 10, 031, 221 in December. This improvement on XRP garnered many praises and positive feedback. This feat achieved by Ripple and XRP headlined last December and was lauded by the US government.

The Consumer Financial Protection Bureau or CFPB said that Ripple and XRP are creating positive changes in the remittance industry. Trailing behind Bitcoin and Ethereum as the most popular cryptocurrency, experts predicted that XRP will continue to soar its on-demand liquidity in the coming years to come.

Last year, CEO of SendFriend David Leighton, said in a statement that Ripple helped consumers save up to 80% on the transaction fees in cross-border settlements. He highlighted the effectiveness of the On-Demand Liquidity (ODL) offered by Ripple.

The ODL is a service that banks can use through XRP. By using XRP in international payments and settlements, it will provide cost efficient and transparent transactions.

SWIFT or the Society for Worldwide Interbank Financial Telecommunication is a banking system that carries cross-border payments. While SWIFT is a long-time player in the field, its services aren't really seamless and fool-proof. Transactions using SWIFT take several days before it can be processed. Other than the inefficient processing time, transactions using SWIFT cost a lot of money because of the large number of currency exchanges a bank has to perform.

Ripple, on the other hand, operates the other way around. With Ripple’s XRP, any transaction done using Ripple will only take less than 4 seconds. The transaction won’t even require a dollar to get processed. Settlements using Ripple can also be tracked real-time because of the XCurrent solution, which banks use to communicate and update the status of the transaction being processed. This grants more transparency and less errors in sorting out international settlements.

While the two companies strive to reach a common goal, banks and customers are slowly inclined to use Ripple to achieve a more effective service. Right now, using Ripple proves to be a good investment.

What Does the Future Hold for Ripple?

Unlike most cryptocurrencies that aim to abolish the presence of banks, Ripple aims to create an interdependent system where both cryptocurrencies and banks can coexist in a space where both can help each other rise and succeed in revolutionizing outdated international processes.

Many prestigious banks have already recognized that Ripple can be a real game-changer in delivering cheap, reliable, and error-free financial settlement services. Banks like Santander, JP Morgan, Cuallix, and even financial service providers like MoneyGram and Western Union have signed up to collaborate with Ripple.

While it’s still too early to tell where Ripple will stand in the coming years, most crypto experts can already foresee that Ripple will continue to cleave its name in the industry and open up new possibilities in the banking system.

Now trailing as third of the most important coins in the crypto market, Ripple and its solutions to the outmoded global financial system will usher a new beginning for a more sustainable, hassle-free, and cost-effective international banking.

Four Professions that You Can Master Online

New In The World Of App Development? Consider These 6 Tips