Did you felt odd when you were unable to view Netflix outside US? You may have noticed that it’s only in the queen’s jurisdiction where you can watch iPlayer! You must be thinking that why this when internet is global network and one can watch anything from any place they want! This practice is called Geo-blocking and has been experienced by many in the recent past, not only you.

Geo-restriction and Reasons Behind It

Geo-blocking is a system in which the access to internet is limited on the basis of the geographical location. This is because whenever you are using internet, your IP address is being tracked.

Through the IP address, it becomes easier for the website to track down the nation from where you are surfing internet. Different sites have employed this to make sure that everything does not become global easily. Like Hollywood, film distributors want to make sure that a viewer in Greece can view the movie only after it has been released in that country, not when it is released in US.

More and more internet websites are using geo-blocking so that they can manage the globe in separate chunks as they wish. Thus, for many it has become necessary that they by-pass this process and do not let the website understand the nation from where they are actually serving the internet!

Bypassing Geo-restrictions With the Help of Proxy 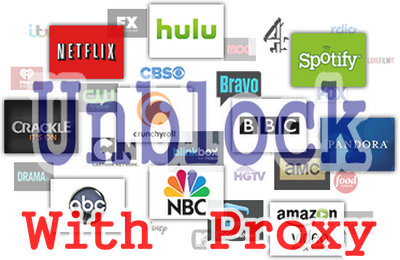 Geo-dodging, the term used for bypassing geo-blocking, is a contested issue nowadays. Even the laws of all nations are found to be silent about it. There are various ways by which one can do it, however the most common and easier one is by using the best proxy to bypass geo-block.

As mentioned earlier, sites like Netflix, ABC iView, Hulu and others locate your location through the IP address. It’s your IP address that let the websites know that you are from a geo-restricted location. Thus, they lock the service from your IP address and in turn from you. Now, if you can have a proxy server, it would be simply easy to mask your identity. Once you have changed the location from where you are surfing, Netflix would not be able to get whether you are from US or Afghanistan!

There are some other ways too, like using a VPN server for Bypassing Netflix, but that would reduce the surfing speed for the sophisticated decryption and you would not enjoy the whole thing. Thus, it’s better to go for proxy servers and dodge the websites easily.

You should use such proxy servers which would be helpful in bypassing high-end websites. The easiest and best are proxy servers usually offer by proxy service.