VyprVPN’s founders Golden Frog are internet veterans who have owned and operated Internet businesses since the dawn of the public Internet in 1994. Golden Frog is also at the forefront for the fight for a free and open Internet, and actively advocate for policies and legislation that support their mission and the technology they create.They own and manage 100% of their own servers, hardware, DNS and network which is rare in the VPN industry. They do not outsource any part of the service to third parties. VyprVPN encrypts Internet connections, protects online privacy, and provides access to restricted websites. VyprVPN offers an array of apps, features and server locations throughout the world. Golden Frog is incorporated in Meggen, Switzerland.

They own and manage 100% of their own servers, hardware, DNS and network which is rare in the VPN industry. They do not outsource any part of the service to third parties. VyprVPN encrypts Internet connections, protects online privacy, and provides access to restricted websites. VyprVPN offers an array of apps, features and server locations throughout the world. Golden Frog is incorporated in Meggen, Switzerland.

Kill Switch is a feature that automatically “kills” or blocks your Internet connection whenever VyprVPN is disconnected. The Kill Switch can currently be enabled in VyprVPN for Windows and Mac.

Why Use Kill Switch?

The Kill switch is also customizable. You can customize it based on your own security preferences. 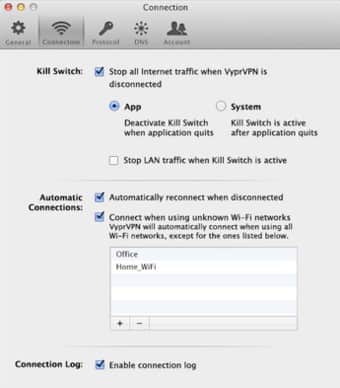 VyprVPN own and manage their own VPN servers to deliver fast and secure connections.

You can connect to any VyprVPN server, anytime, without restrictions or download caps and easily switch between server locations at no additional charge.

DNS translates hostnames, www.goldenfrog.com for example, into a computer readable IP address (216.196.118.239) so computers can communicate with the desired host. Internet users usually have to use their ISP’s DNS servers or a 3rd-party DNS, which are often configured to comprehensively log your Internet activity and censor websites – even if you use a VPN.

Golden Frog’s VyprDNS is 100% owned by them and is a zero-knowledge DNS service, which means the service does not log any information. VyprDNS can only be used as part of the VyprVPN service. It cannot be used separately.

DNS ‘man-in-the-middle’ attacks are often used by certain governments such as those in China, Turkey and Iran that want to censor the internet. These types of governments can intercept your DNS request when you visit a website and redirect you to another site, often just containing a 404 error message.

Public Wi-Fi hotspots such as coffee shops usually configure their DNS servers to deny access to certain types of websites. They don’t want their customers sipping their coffee while the person next to them is viewing what could be offensive content on their laptops for example.

When you use VyprDNS your data and DNS requests will pass through an encrypted tunnel that defeats these man-in-the-middle attacks. VyprDNS is built into VyprVPN. When a user connects to VyprVPN, they will automatically use VyprDNS.

NAT Firewall provides an extra layer of security for your VyprVPN connection and offers additional protection on your router or mobile device.

Hackers use bots (software applications that run automated tasks over the Internet) to scan for unprotected devices they can exploit for identity theft and spamming. They can gain access to systems through Internet connections left open by applications. Using these connections, they can install malware and steal personal information. NAT Firewall blocks their scans from reaching devices or computers when a user connects with VyprVPN.

This feature which is available for Desktop apps allows users to access a wide range of UDP ports so that they can defeat intentional port blocking or throttling.

Do you have a Router on the Tomato MIPS/ARM Framework? If you do you can secure your Entire Home Network using the VyprVPN Router app. The app works like a plugin, adding VyprVPN tabs to your normal router settings tabs. You can set your own preferences for each device on the router.

VyprVPN can be used on your smart TV to improve your streaming speeds, to access geo-blocked content and to maintain security while streaming online.

ISPs can slow down and throttle your Internet connection based on your Internet activity. When you use VyprVPN, your ISP will only see encrypted traffic, which makes it difficult to throttle your connection. VyprVPN can bypass your ISP’s congested networks and achieve significantly faster speeds. 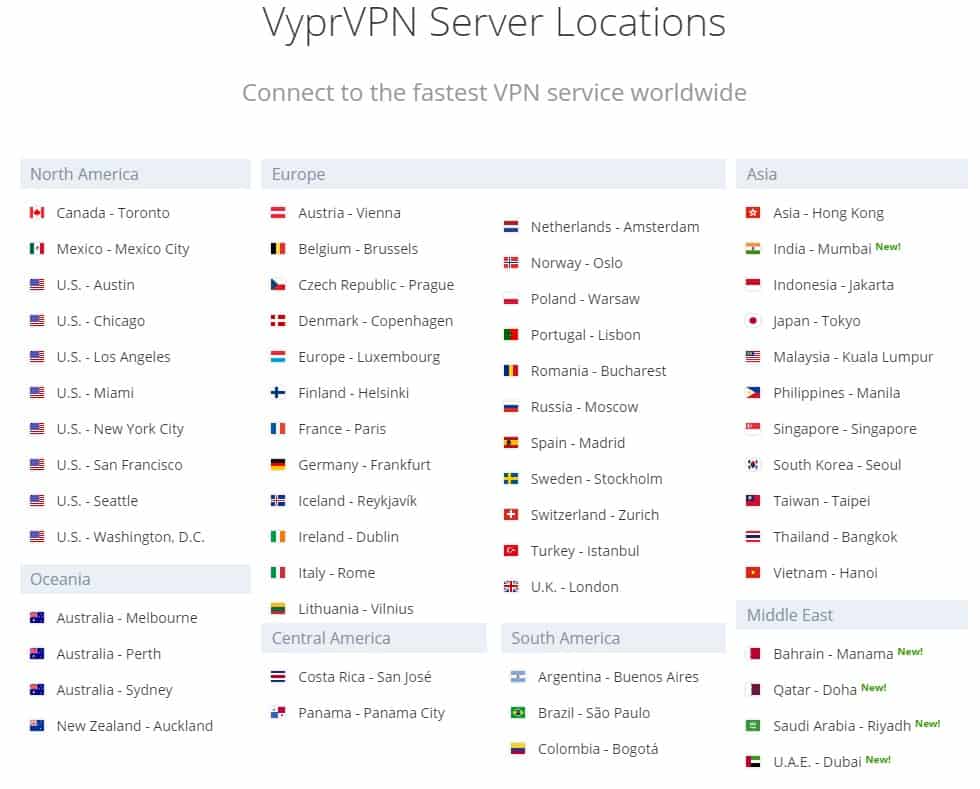 Chameleon: VyprVPN’s proprietary VPN protocol which helps users in countries such as China, Turkey and Iran, where VPN traffic is blocked via Deep Packet Inspection (DPI). Chameleon works by scrambling OpenVPN packet metadata to ensure it’s not recognizable via DPI, while still keeping it fast and lightweight.

PPTP is a popular protocol for gaming and streaming as it’s currently the fastest mode of encryption. For users who value privacy and security, OpenVPN (160 and 256-bit), L2TP/IPSec, and Chameleon are recommended.

Support is available 24/7/365. You can contact Support via Live Chat or via email. VyprVPN also have an informative FAQ section on the Support pages on their website so you may not even need to contact Support if you have any questions about the service that need answering. 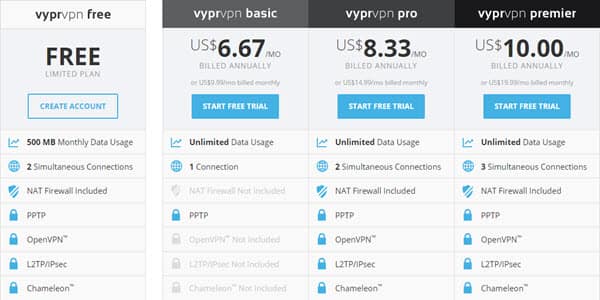 All accounts include unlimited Data Usage and Unlimited Server Switching. 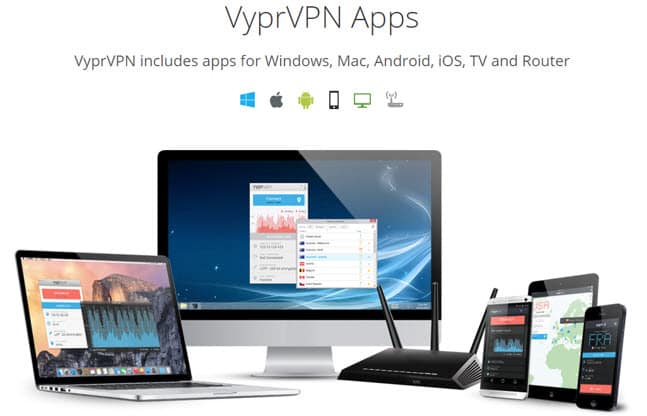 You can get more detailed information on the features above (and also try VyprVPN’s Free 3 day trial) by visiting the VyprVPN website.