Some British TV websites deny access to their programming for any computers and computer networks not from the U.K. This is because most foreign computers and the internet networks they belong to do not have to license agreements to view copyrighted programming. The U.K. websites will evaluate programming requests by checking to see if the requesting computer has a British IP address. But just what is an IP address?

What is a British IP Address?

IP stands for internet protocol, and it is a unique address that is assigned to a computer by internet providers. This address is a series of 4 numbers, and different sequence groups are assigned by the Internet Assigned Numbers Authority (IANA) to each country. This is how British websites know where the programming requests are coming from; however, IP addresses can change on computers and smartphones depending on how the internet connection is set up.

What a foreign computer needs to do in order to gain access to British programming is to fool the U.K. websites into thinking that its IP address is really from the U.K., and this can be done by using what’s known as a virtual private network (VPN). A foreign computer logs into the VPN, which has IP address ranges acceptable to the target website. This website is then contacted via the VPN. 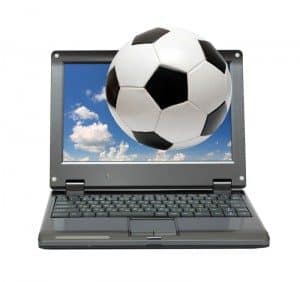 This can also be accomplished via what’s called a proxy server. But proxies, though often free, are not as safe as VPNs. Proxies are browser-based and simpler to use than VPNs, but the data transfers back and forth between computers are not secure, if you're doing really want to use the proxies, you have to use the paid dedicated UK proxy server to use.

British VPN servers have a physical British address which in turn gives them (and you, the UK IP you need. There are various types of VPNs as well. For activities such as video streaming, care must be taken to choose a VPN that has an appropriate speed for streaming (PPTP).  There is no software needed to run this because your computer or phone will come with a VPN client or in other words, ready to connect.

If you're looking for encryption and protection (especially if you're in the Middle East or Asia) you may need OpenVPN.  Software is needed to run it. But the process is simple. Not only can a VPN be set up from a computer, but it can also be done through a smartphone. 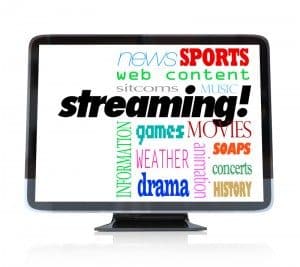 It is now possible for anyone to watch British TV abroad. British channels such as Sky Go, BBC iPlayer, Demand 5 and Channel 4 have not yet worked out the logistics for going global, but those wishing to see their favorite shows aired by the BBC can do so in several ways.

The BBC has recently made arrangements with 11 European countries regarding the licensing restrictions imposed on BBC programming. The United States, Canada, and Australia are set to follow shortly.

But there is a slight caveat. This programming is only available via an iPad app from the BBC global iPlayer, at least for the time being. Some programming will be free, but most will be available only with a subscription fee.  Not only that, but that leaves out hundreds of countries such as Belgium noted by internetetsecurite, other operating systems, and parts of the original programming available in the UK.

For those in America, another way to watch British TV abroad is via BBC America. This is a single television channel with limited programming available from most cable and satellite TV providers.  The USA and other English speaking countries are a logical next step for British TV programming online or otherwise, but it's a long way to countries like China, Japan, Russia, and other parts of the world have got to get a bit creative.

Now that you have a British IP, a wide range of opportunities exists. Though VPNs used to be associated primarily with business applications company employees living or traveling overseas often need to access the corporate home computer, but they often need the right IP address to do so now they are used for stuff like streaming TV, bypassing internet censorship, and security at public wifi areas.

Much more is available with a British VPN. Users are not only able to access award-winning British programming through streaming, but they can also participate in UK-Only forums and even play UK-Only games. TV shows without commercial interruption and the world of British football are all among the most popular

Further, because of how British TV is structured, the shows will be seen either completely commercial-free or with very limited commercial interruption. This has a very different feel than American-style TV. Regardless of whether you're from the UK or not, I think everyone can appreciate that.

I'm currently getting some detailed reviews up, but haven't had the time to finish everything. For now, I've chosen 5 best VPN services with VPN servers in the UK.  All of the services here have British VPN servers as part of their basic VPN pack, and many include locations in other countries as well.

All services support iOS, Android, Linux, Mac, and Windows. They also have money-back guarantees ranging from 3 to 30 days.  Details coming soon for now, click on their official website link to read up on what each service offers.

This service has live support, and you get access to 140+ other countries in addition to the UK.  There's a 7 day trial period available, plus they have business VPN options and dedicated servers for someone looking for these features.

This is a great service for someone who is unfamiliar with VPN services because its easy to set up and they've got a spectacular support team available.  They offer discounts for signing up for a couple of months at a time, and each sign up comes with a money-back guarantee.

This is a well known VPN service, with hundreds of VPN servers around the world, live support, and even a mega-discount package available for just $55 (35 GBP) per year.  There are monthly options as well, but if you want to pay by the month, PandaPow is cheaper.  StrongVPN servers are fast and reliable.

You get FULL and UNLIMITED access to VPN servers in 120+ different countries for about six bucks a month, and it is guaranteed to work or your money back. You can't really beat a deal like that, so its no wonder that HMA is one of the most popular VPN services in the world. Plus, they have ass in their name, so it kind of makes a lasting impression. But seriously, their service is good stuff.

> Visit to Hide My Ass

The primary way for British expatriates, tourists, and foreign BBC enthusiasts to catch their favorite shows online is to use a virtual private network (VPN) via the internet. VPNs, of course, will work fine for other channels like Demand 5, and Channel 4.

Fans of British TV programming can catch their favorite football clubs via live streaming, or even see older matches. The humor that British comedy programs are known for can now be enjoyed without commercial interruption in most cases one of the great things about UK TV versus American TV. You can catch up on British news, weather, science, nature and various other informational programs.