How High Can a Drone Fly?

Besides the stars, airplanes, and sometimes satellites, now you can also see some drones if you take time to look up to the night sky.

But, how high can a drone fly? Can it fly at the same height as the airplanes? How to detect it if it flies too high? All the questions will be answered in this article.

No matter what purpose you use the drone for, you should first look for a drone that can reach your desired height ceiling so that it serves your purpose better. Staaker reviews the best drones available from well-known brands. Do not hesitate to visit!

How high can a drone fly?

The height that a drone can fly will depend on the regulations of each region.

For example, in Europe, 500 feet is the maximum altitude legally allowed for a drone. Meanwhile, in the US, your drone will be restricted under 400 feet.

Keep in mind that those figures are measured from the place your drone is taking off, not from sea level.

Besides, the FAA allows you to fly your drone as far as you can still control and visualize it. If it flies out of your sight, it is considered entering the “BVLOS”, i.e “Beyond Visual Line of Sight”. In that case, you might get into trouble with the law.

Can a drone fly as high as an airplane? 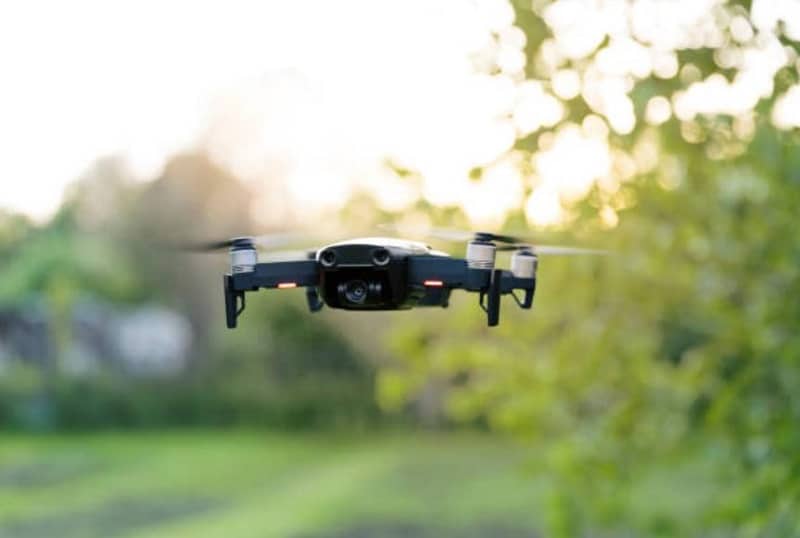 Commercial airplanes are able to fly at the top height of 42,000 feet, more than 100 times higher than a drone. The maximum height of an airplane is also called a “service ceiling”.

How to detect a flying drone in your area? 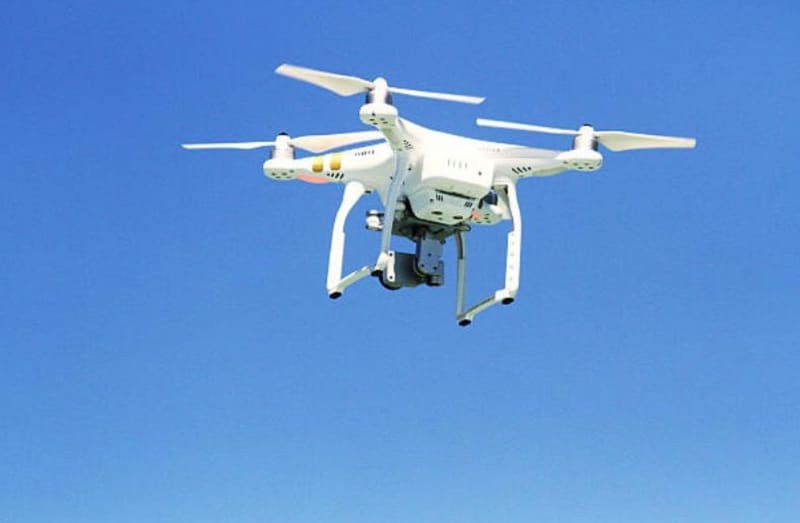 The maximum altitude for a drone flight is 400 feet but who knows some operators or remote pilots might let it cross the line to satisfy their purpose. No one flies a drone just for casual pleasure, they might be up to something since there’s usually a camera mounted to a drone to capture pictures or record videos from high angles.

Whether you want to make sure a drone is flying near your location or not, please keep in mind two features from a drone that can help you to spot it, they are lights and sounds.

1. Look for the lights

It’s quite hard to determine a not-too-big flying object as a drone at night, especially when it reaches a certain high, so you need to look for the lighting it includes to figure out where it is.

A prosumer drone has a native light system equipped with it, which operates as navigation lights. Another one required by the Federal Aviation Administration (FAA) that has to be embedded inside a drone is anti-collision lighting.

Based on the color of light and its regularity, you can distinguish between the two lights mentioned above.

Navigation Lights – Including green, read, or white.  They are strong as well as non-strobe lights. These are fundamentally used for allowing the operator to spot the current position of the drone.

Anti-Collision Lights – It’s simpler to see anti-collision lighting during nighttime. At the moment the drones proceed into the night sky, they float just like stars. Moreover, the lights can be seen in red or white.

This kind of lighting is obligatory by the FAA, mostly for users who aim to take advantage of their drones for various motives and purposes.

2. Check out for the sounds

Since drones have a unique sound, you can use this factor to be aware as if the passing thing is maybe a drone or not. To put it another way, if there is a flying object accompanied by a solid or blinking colored light system, its buzz will reveal itself.

Please bear in mind that this noise is becoming quieter and quieter in new version drones compared to older version ones.

Good news for Android phone users that there is an application developed by an aviation security company, called DeTech Inc., which helps to turn your smartphone into a drone detector.

It is relatively easy to understand how this app works. All drones virtually communicate with their operators by using unencrypted Wi-Fi signals. You can simply capture these in midair with no Wi-Fi gears, for example, your smartphone.

The distinctive signals can be used to find out whether it comes from a drone or not after being contrasted with a database.

Therefore, until a drone is still appearing around your smartphone within half a mile, the application will notify you of a potential intrusion.

However, this application still has a few technical restrictions. Firstly, drones communicate by encrypted signals, such as new DJI drones, which cannot be detected. Secondly, the app is kind of useless against drones that utilize other signals rather than Wi-Fi.

Nonetheless, this app is a free one so you’ll have nothing to lose when giving it a try.

The following instruction combines not many steps to setup that you can doubtlessly organize without including technical equipment.

These lights may disclose the existence of a drone near your property should you have your night vision cameras ready then pair them together while using a movement detection feature. Nearly all home security cameras are pre-equipped with this program so that it’s not hard to establish the combination.

One more low-cost way to handle the drone issue is to locate microwave motion sensors throughout your house. Ideally, you should place them under glass panels or windows.

These sensors function on precisely the same theory as radar speed guns used by the law-enforcement. The sensor sends out microwaves that are represented by the objects entering the field of view.

As soon as a drone gets in this field, the waves will be reflected too. Due to its relative movement, the mirrored wave wavelength is slightly changed because of the Doppler Effect.

You can purchase these sensors for a reasonable price, about under $30, via Amazon and then put them in some sensitive areas around your house. Now you have some night watchmen ready to be on duty.

In any case, don't try to fly your drone out of the safe zone. Visit Staaker.com and see in-depth reviews of how to choose the best drone for pro or beginners. Have a nice flight!

Math Worksheets: How to Improve Your Kids’ Math Skills

Why Every Professional Needs a PDF Suite