The latest Virtual Network Provider in the market that has got everyone talking is the Hideman VPN presented to its clients by Hideman Ltd, which is a London-based company established in the year 2011. With servers located in a total of 22 countries worldwide, Hideman optimises the VPN experience with excellent features.

You can use their services to connect to any of the locations provided by them. Say you want to set your IP address in the USA – Hideman helps you to do so and thus tricks the virtual world into believing that you are actually located in the USA. This helps most bypass internet restrictions that are abundant in many countries worldwide.

Although suited to most Operating Systems, their Android application has gained immense popularity. Along with Android, they have spread their services to the widely used platforms of Windows and iOS. After you establish a VPN connection using Hideman, all traffic from your device is routed through a ‘tunnel’ that adds a layer of security to your connection that prevents snooping from outside sources. The connections also get encrypted by a 256-bit encryption algorithm.

So, what else is there to look forward to? Just scroll down this review to quench your curious thirst! 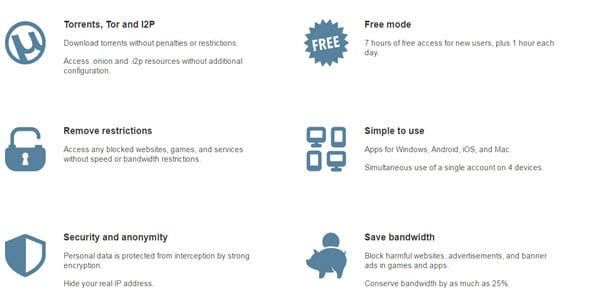 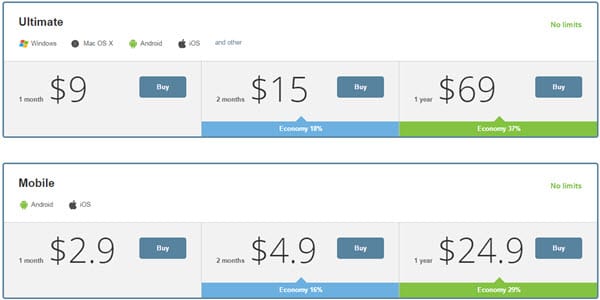 Coming to the prices, it’s an excellent treat to see that Hideman is free for up to 5 hours a week. This free usage comes with certain limitations – one of them being the fact that it doesn’t allow you to access more than five countries and has a bandwidth cap of 512 kbps.

As for the paid accounts, there are various subscription plans that you can avail. It allows you unrestrictedly to use the VPN services on three devices at the same time. The rate for Android is much cheaper than the ones meant for Windows users.

For paid accounts, the company has the utmost respect for privacy and makes it a point not to maintain any logs on your whereabouts.

Already discussed previously, Hideman offers location services in a whopping 22 countries all over the world. And given the huge acceptance that they have been receiving, they are planning to take it forward. The list of countries include the following – 6 servers in the USA, Australia, probably 2 servers in Canada, France, Czech Republic, Poland, Italy, Germany (currently 2 servers), Malaysia, Japan, Hong Kong SAR China, Moldova, Ukraine, Spain, Luxembourg, Netherlands (currently 3 servers), Panama, Russia (currently 2 servers), Singapore, Sweden, Turkey, and the United Kingdom (3 servers here too). 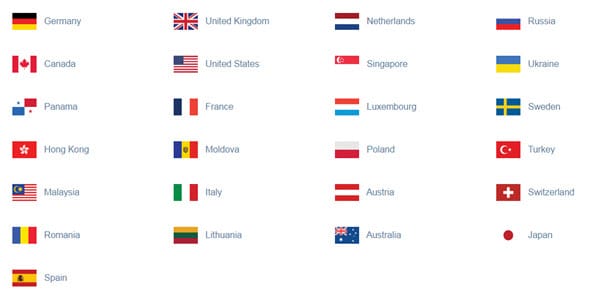 Free account users can, however, avail only 5 such locations while P2P activities are limited to a few countries – “The countries in which torrenting and peer 2 peer activities are allowed include the Netherlands, Russia, Panama, Ukraine, Sweden, Hong Kong, Moldova, and Turkey.”

Hideman is immensely interactive and offers quite a few platforms from where users can raise their concerns. You can contact their representatives through a live chat forum which is available only during business hours if you need immediate assistance. Otherwise, you can consider contacting them through email or through chat devices like Skype.